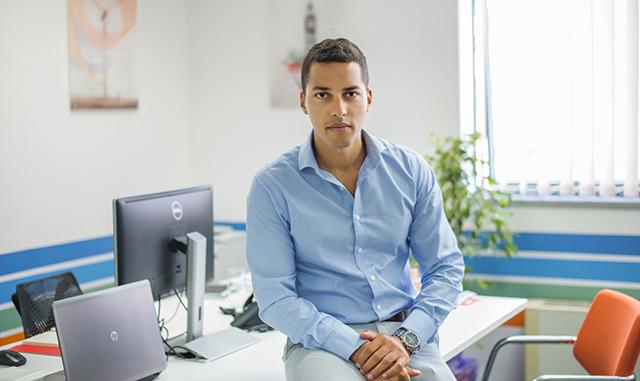 Managing Director at ManpowerGroup Balkans Aleksandar Hangimana has stated for the special edition of BIZLife magazine “30 under 30” that young people at the beginning of their career must be brave enough in their efforts to achieve goals that they have previously set for themselves.


“It is necessary, on one hand, to be open to all possibilities that are presented, and on the other one needs to be analytical enough to comprehend a suitable career path out of all those possibilities. When they recognize it, major part is already solved, as they have set up a career path, and speed and dynamics of achieving such goal depends on numerous factors. Even then, I believe, one should be flexible and open for a change in relation to the projected career development, because if things do not go the way we wanted, or we realize in the meantime that something else is better for personal development, one should consider reorientation. After all current major businesses, i.e. successful companies, are large and successful because they have the power to change, reorient and redefine the goal, models, and so on. In my opinion, it is necessary to keep this flexibility in personal development – it should not be limited or reduced to only a single possibility,” Hangimana has said.