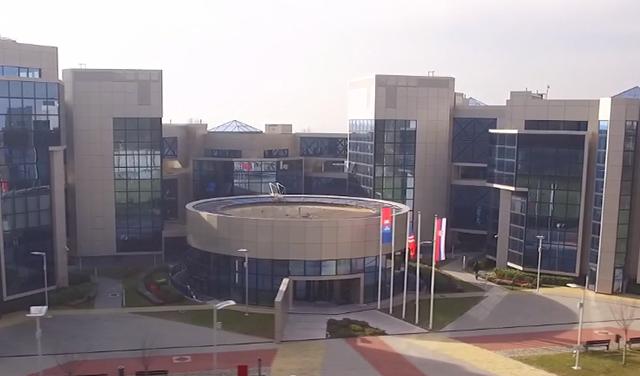 The Serbian government has decided to invest about 65 million euros in infrastructure projects in the Science and Technology Park in Zvezdara in the next three years, Prime Minister Ana Brnabic said.


“The goal for this government is to make a breakthrough from the economy based on the investments which is present today and to compete with the neighbouring countries in subsidies, in an innovation-based economy,” Brnabic said at the opening of a new innovation laboratory in the Belgrade, called Science and Technology Park.

As she pointed out, it will certainly not be possible to finalize this in the mandate of the current Government, however, it must have the responsibility to do so. “When we reach a certain point, the Serbian economy will be competitive. This is the vision we are working on,” Brnabic said.


Brnabic said that the Science and Technology Park from Belgrade will try to duplicate in Novi Sad, on 29,000 square meters, and with improvements, in order to attract larger companies, including those innovative ones.


She added that a science and technology park in Nis will be built, along with an annex to the building of the Faculty of Electronic Engineering, and smaller “start-up innovation centers” in Cacak, Bor, Zajecar and possibly Kraljevo will be honoured as well.


“This will create a way for the educated young people to return to their cities and start small businesses,” Brnabic concluded.


The director of the Science and Technology Park in Belgrade, Gordana Danilovic Grkovic, said that 60 companies with about 500 engineers came to this scientific institution, showcasing a great potential that Serbia has.


She also added that, when more than 40 alumni companies from the previous programs join, this figure will amount to more than 100 companies with 1,000 engineers.