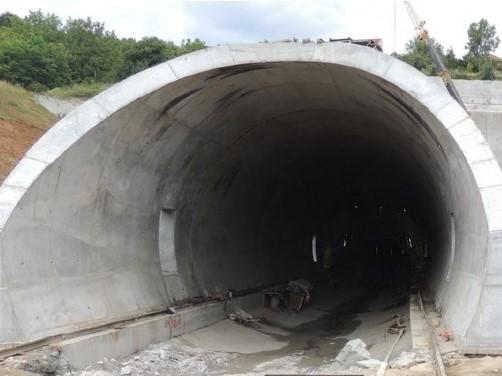 Only a month since the highest state officials attended the official opening of Corridor 10, some lanes are temporarily closed. According to the company Koridori Srbije, a lane in the Predejane and Manajle tunnels will be temporarily closed due to final testing in each of the tunnel pipes. The Koridori company explains that the testing is performed now, because it can only be done under traffic conditions and that the testing refers to certain scenarios that involve the automatic detection of certain types of incidents. “Final testing will last until 25 June this year at the latest, after which a normal traffic regime will be established. We point out that final testing is carried out with the goal of all tunnel systems functioning smoothly during the tourist season,” said the Koridori company. As a reminder, after more than two decades, it was stated in mid-May that the entire Corridor 10 had been completed. However, to date, the representatives of the government had not announced how much Corridor 10 cost the citizens of Serbia. Member of the Assembly of Koridori Srbije, Nenad Ivanisevic, as a guest in the Insider debate, has said that Serbia borrowed at least one billion euros in loans, but that final cost estimate remains to be done. The construction of this section of the highway, about 300 kilometer-long, encountered numerous problems, abuses and constant postponement of deadlines. Only one part of this highway is a section through the Grdelica Gorge, whose construction, according to the information available today, has been increased in price by at least 110 million euros.