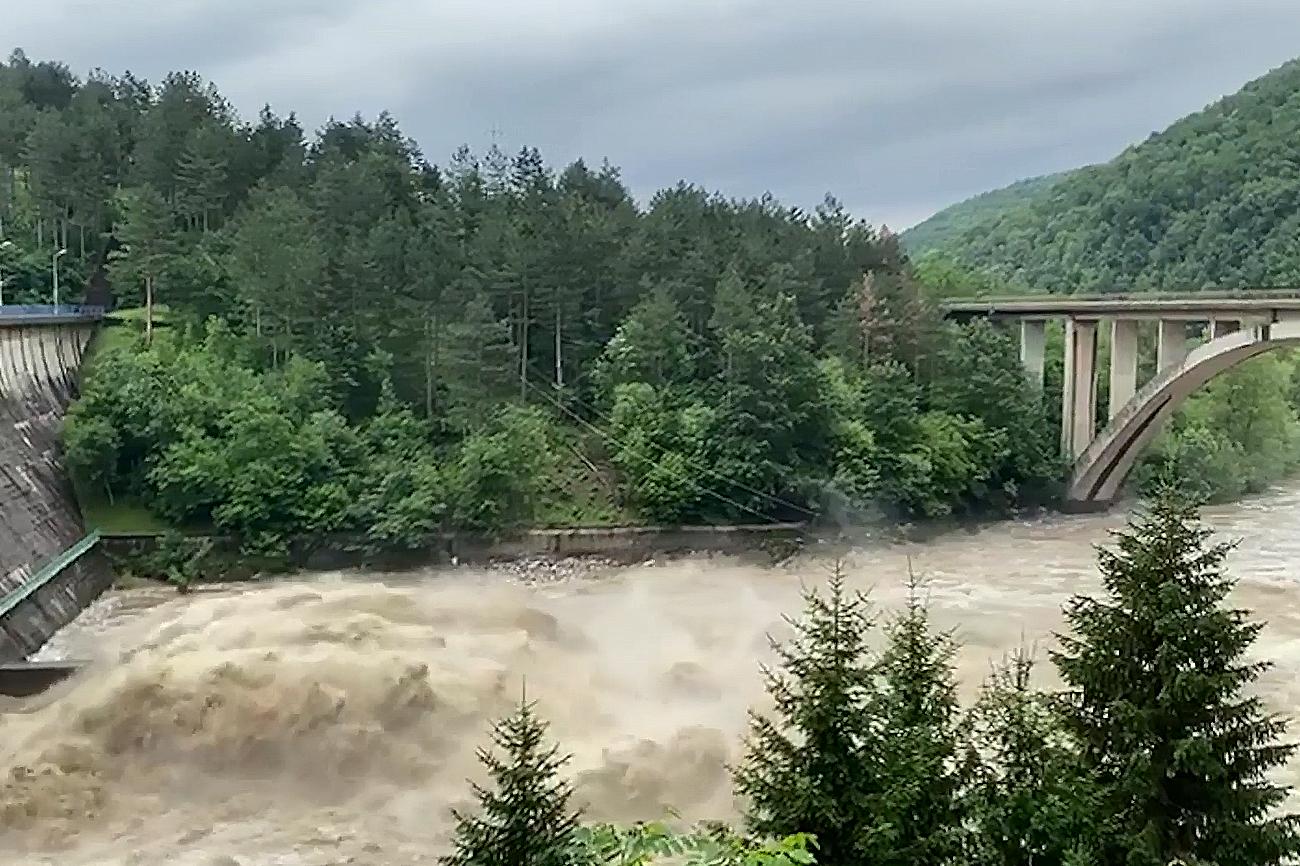 Minister of Construction, Transport and Infrastructure, Zorana Mihajlovic, has visited the landslide in Ovcinja near Bajina Basta, and said that about 120 kilometers of Serbian roads were still impassable due to floods that caused damage of about three billion dinars. She also said that the state would do its best to repair every landslide, bridge, road… The minister announced that a tunnel through Kadinjaca would be built next year, as well as the Skelani bridge, and that guarantees for those works had been provided in the state budget. “We are continuing the work on the construction of the highway to BiH, from Pozega to Kotroman, we will do everything so that this area would have what it needs most, which is infrastructure, so that people can work and stay to live there with their families,” said Mihajlovic. Head of the Zlatibor District, Boban Perisic, said that due to the floods that occurred at the end of June, the state of emergency was declared in three municipalities: Arilje, Kosjeric and Bajina Basta, and that a tour of the terrain determined that the situation in Bajina Bashta was the most difficult.