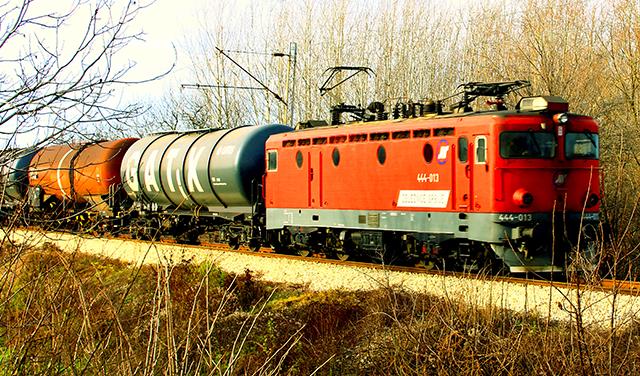 The enterprise Russian Railways (RZD) is considering a proposal to build a joint company in Serbia for the production of gas-fuelled locomotives. This was stated by the Serbian Minister of Construction, Transport and Infrastructure, Zorana Mihajlovic, evaluating that it would have a major impact on the Serbian economy. According to the statement, Mihajlovic discussed infrastructural projects in Serbian railway transport with the First Deputy Managing Director of Russian Railways, Sergey Pavlov and the Russian Ambassador to Serbia, Alexander Botsan-Kharchenko. They particularly considered the construction of the high-speed rail Belgrade-Budapest by the end of next year, when, as Mihajlovic said, trains from Belgrade to Novi Sad would run at speed of 200 kilometres an hour. Sergey Pavlov said that works on the section of the “high-speed rail” Stara Pazova-Novi Sad are in line with contracted dynamics and added that RZD has 1,500 workers at construction sites in Serbia. They also discussed new activities, i.e. the reconstruction of the section of the Belgrade-Bar railway line, from Valjevo to Vrbnica, latter being located on the border with Montenegro, and construction of a unique railway dispatch centre in Serbia. Mihajlovic expects the conclusion of the reconstruction agreement in April, during the visit of the CEO of RZD to Serbia, when construction of the centre would begin.