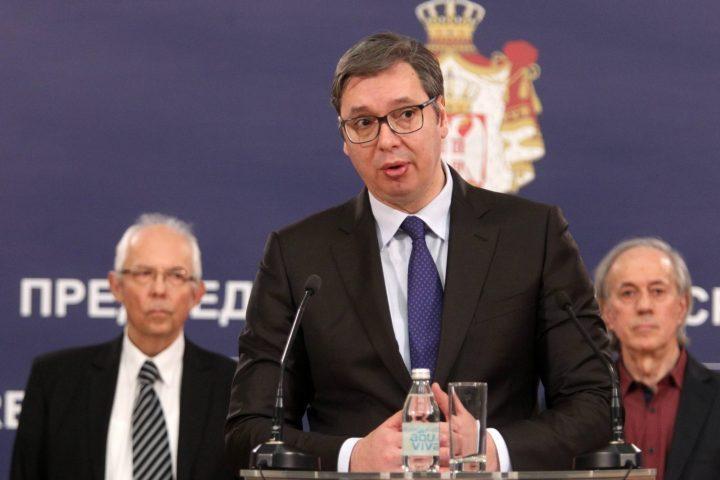 Serbian President Aleksandar Vucic has said salaries will not be reduced at all, and that healthcare workers can expect an increase of 10 percent as of 1 April. He pointed out that no one would lose his/her job in the public sector, and that the mothers of children under 12 years of age who work in the public sector would not go to work and would receive 100 percent of their salary. The president also said that production workers would go to work and that special bus lines would be provided to them, and he announced the cancellation of city and long distance routes. “We strive to maintain and launch production at all levels. Workers will go to work, we will make sure to provide special bus lines. Our goal is to terminate all the routes, within the city and long distance, and that will happen in two to three days. The goal is for citizens to stay home, and we will provide workers with a possibility to go to work,” Vucic said. In terms of supply, the president stressed that Serbia was in a better condition than most EU countries, and that we would export some of the food to the countries in the region.