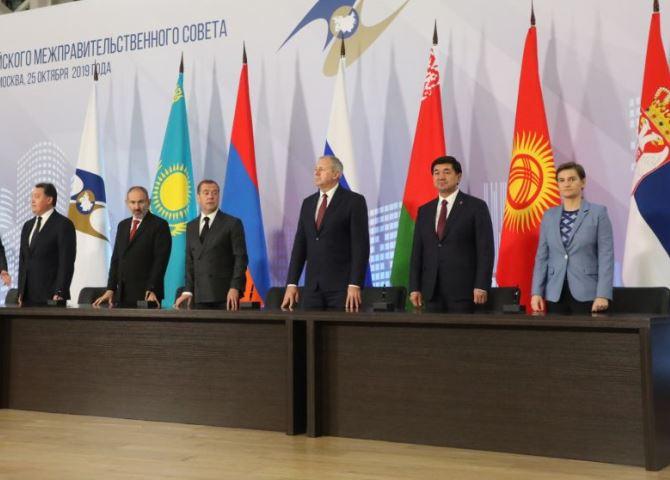 Serbian Prime Minister Ana Brnabic and prime ministers of Russia, Belarus, Kazakhstan, Armenia and Kyrgyzstan, as well as the Chairman of the Board of the Eurasian Economic Commission, Tigran Sargsyan signed a Free Trade Agreement between Serbia and the Eurasian Economic Union (EAEU). “This means a lot to Serbia, in terms of development, competitiveness and the standard of living of our citizens. By doing this we are opening a market that has 183 million people. You have been partners and we thank you for that,” Brnabic said at the session in Moscow. The agreement will enter into force once it is ratified by parliaments of all six member states, and prime minister invited all participants to do this quickly. The Russian Prime Minister Dmitry Medvedev stated that he expects Serbia to increase merchandize exchange by signing a Free Trade Agreement with the Eurasian Union, as certain products will be cleared of customs duties. The agreement expands the list of products that can be imported into the territory of the EAEU without customs duties, increases quotas for export of merchandize subject to restrictions and extends the free trade area to Armenia and Kyrgyzstan. On the day when Serbia signed the Free Trade Agreement with the Eurasian Union, Brussels officially announced that Serbia could be part of the agreement with other countries and organizations, until it became a member of the EU.