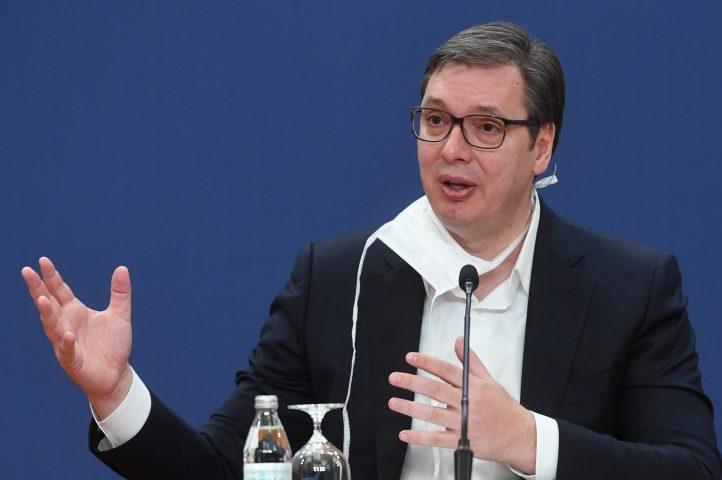 Speaking about the economic recovery from the consequences of the coronavirus, President Vucic said at a press conference that Serbia is preparing a serious package of measures and that major funds will be set aside for economic recovery. As he pointed out, the package of economic measures will be designed to first and foremost aid the private sector. He also stressed that there will be no reduction in salaries and pensions. “The package of measures will be focused primarily on tourism, services and the entire entrepreneurship, private sector and we will also see what can be done about the agriculture. Those who do not discharge people will have special aid, and only they can expect significant and major aid,” said the Serbian President. Vucic also said that all pensioners will receive March pension at once, on April 10th, not in split payments as usual, together with a grant of RSD 4,000. He also pointed out that he expects annual growth rate of Serbia to be -2 percent and that based on that stats will be among the top three countries in Europe, unlike Germany, which expects a growth of -5 percent. The President also expressed gratitude to all he companies and businessmen who donated funds for aid, i.e. Delta, Milsped, Miodrag Kostic, Atlantic Group, Nebojsa Saranovic, Lucani based Maxima, etc. “Everyone helped and donated a lot of money, while we are trying to find respirators in all markets and we have found more than in the last 40 years,” said Vucic.