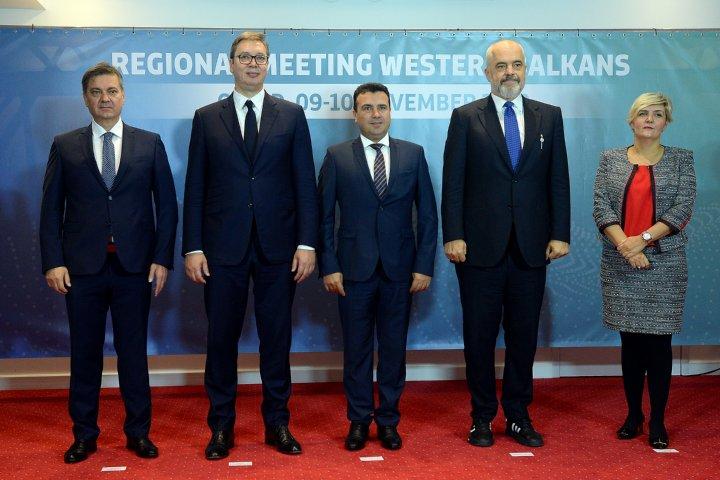 At a meeting in Ohrid, Western Balkan leaders have launched a regional initiative called Mini-Schengen, which facilitates the flow of people, goods and capital among the countries in the region.


Speaking at a press conference, Serbian President Aleksandar Vucic said the agreement he had reached with the Prime Ministers of North Macedonia and Albania, Zoran Zaev and Edi Rama, would allow citizens of the three countries to travel with ID cards only.

Host Zoran Zaev said the initiative on the free movement of goods, services, people and capital, supported by Serbia, North Macedonia and Albania, was the first independently launched initiative in the Western Balkans.


Zaev said that the ultimate goal of the regional initiative was the mutual recognition of all the documents, including the documents from food agencies, college degrees and more. At the meeting in Ohrid, Western Balkan leaders “are building the Balkans for the 21st century, the region of stability and prosperity,” he added.


“Serbia, Albania and multi-ethnic North Macedonia have launched an initiative to change the region and invite other partners in the Western Balkans to join us, so that the region would become a better place to live and be a more important factor across the European continent,” Zaev said.


We have not thought of anything better in the Balkans in the last 30 years, stressed the President of Serbia.