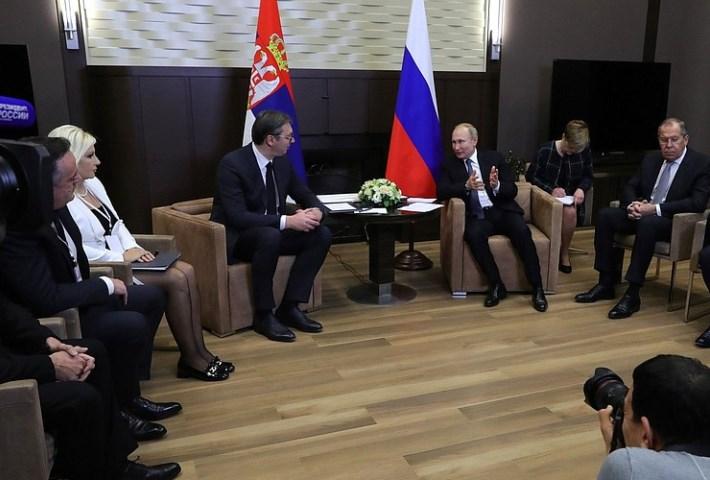 Serbia’s participation in the TurkStream gas pipeline is possible, but Bulgaria is delaying the project, said Russian President Vladimir Putin, who met with Serbian President Aleksandar Vucic in Sochi. “As for Serbia’s participation in the TurkStream project, we are ready. The Serbian part of the gas pipeline from the Bulgarian border to Hungary is almost ready and 90 percent of the pipes have already been set up and Serbia is already 85 percent ready.” The issues are transit stations, but what we see, says Putin, despite the numerous assurances and appeals by the Russian side, is the failure to ensure delivery through Turkey and Bulgaria. “We see that the Bulgarian side deliberately delays the implementation of the project on its territory,” Putin said at a news conference after talking with the Serbian president. Putin adds that Russia has repeatedly called on Bulgaria to implement TurkStream, but that the Bulgarian officials are probably under pressure and do not rush to do this. “We will see how this project will be further implemented on the Bulgarian territory. If the Bulgarian leadership does not want that gas pipeline, we will find other opportunities in the south of Europe,” Putin concluded.