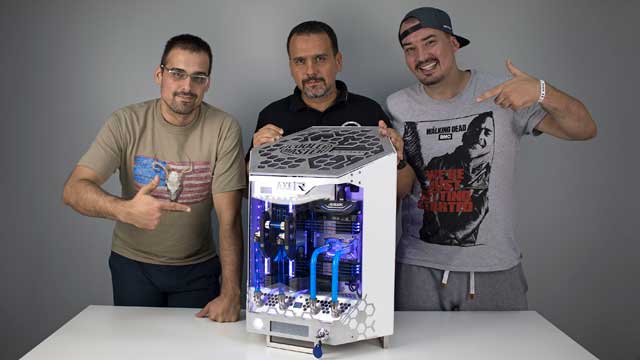 Only nine months ago, three friends Nenad, Nemanja and Dusan formed the AXE-R team and made the most attractive computer in the world. At the competition of computer innovations in Taiwan, the jury and the audience were unanimous. In addition to an attractive design, AXE-R also has impressive components.


The People’s Choice award, as well as the first place in the category “Scrach Build” went to the team from Serbia.

A month ago, they applied with their AXE-R project and participated in the prestigious world championship in modifications and innovations of computers and computer cases Case Mode World Series 2018.


“We have thus shown that the PC we all know can be redefined. But what is very important is to motivate young people from all over the region and to show them that everything is possible if they have a good idea, willingness and ambition to achieve something. That is why our team has prepared a detailed video series with a number of episodes on the PCAXE Youtube channel, in which, through education, in an interesting way, we show the development of the project and how anything can be achieved with dedicated work and effort,” one of the members of the AXE – R team, Nenad Djordjevic, has said for BIZLife.


What is particularly interesting in the whole story is that none of the three members of this winning team has any formal education in computer technology. Dusan Srbljak is a mechanical engineer, Nemanja Djordjevic is a mechanical technician. Our interlocutor Nenad Djordjevic graduated from the Vocational School of Electrical Technology, but for 18 years he has been working as a photojournalist.