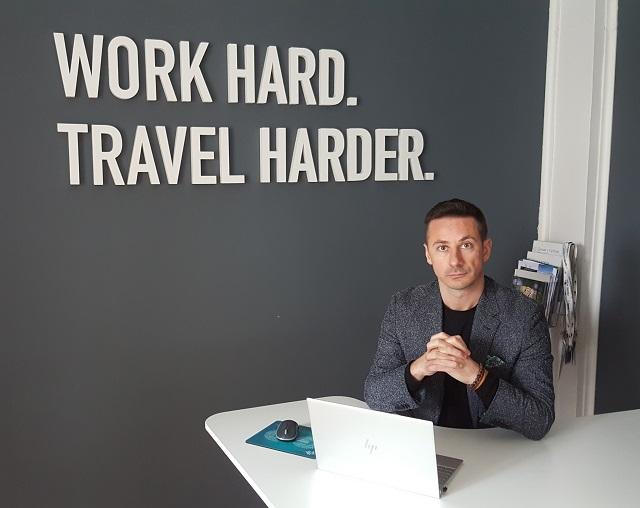 Zlatko Ljuskovic has been involved in tourism since his student days. He worked in travel agencies and in 2015 he founded his own agency “Serbia Tour Operator” together with two partners. He is dealing with receptive tourism and is finding ways to bring as many foreign tourists to Serbia and the Balkans as possible. He says this is a long-term business, and it is not for those who are looking for quick profit.


“We gained first experience in tourism as students, and later we worked for travel agencies. Our idea was maturing for 10 to 12 years. In the meantime we went separate ways, just so that we could reunite in 2015 and decide to establish our own agency that will only deal with receptive tourism. Our focus is on brining foreign tourists to Serbia. We established a good team and started to work.” Zlatko says that their idea coincided with market growth. Since the opening of their agency, until today, they have participated in 25 fairs.

“Our concept required lot of investments, and this is a slow-growing business. This is a long-term story in which a person must only develop contacts in the first three years. We do not only promote our agency, as at the same time we promote Serbia as a destination.”


According to him, just now, after fourth years of business, they can see effects of activities from the past three years.


“We signed a contract with a German tour operator in 2018 and they will send us the first guests in 2021. The road from introduction, program defining, contract and realization last three years. German or U.S. tour operators create catalogues for the next two years. If you arrange something now, that will arrive for payment in two to three years,” he says. When asked how much money is needed to start this business, he replies that investments are solid and it is a five-zero digit.


“If you are entering such a business, you must also include investments. Each fair carries costs, as well as promotional activities. However, a lot of small agencies dealing with specific segments