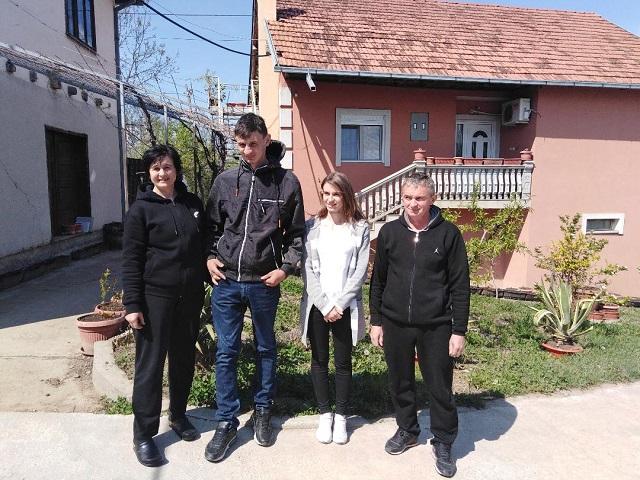 The household of Marko Stojadinovic has been dealing with the certified organic production of milk, fruit and vegetables since 2011. Marija holds a master’s degree in economics, Jovan completed vocational studies in animal science, father Jovan is an engineer in animal science, and mother Gordana is a teacher. Together, they have created a family business that they intend to expand in the future, both in terms of the number of family members and novelties in production.


“Our farm is located in the Blace municipality, on the slopes of Kopaonik, about 30 kilometers from Lukovo Spa. The main activity of the inhabitants of this region is agriculture, primarily husbandry and fruit growing. Cattle production has been developed to a great extent, and we can boast of the good breed of cattle. The breed is called Simmental, and in the past decade it has been renewed through the import of a large number of head of cattle from Austria. This type of production is becoming intensified, more and more farms are being established, so we can expect animal husbandry to develop in the future,” says Marija.