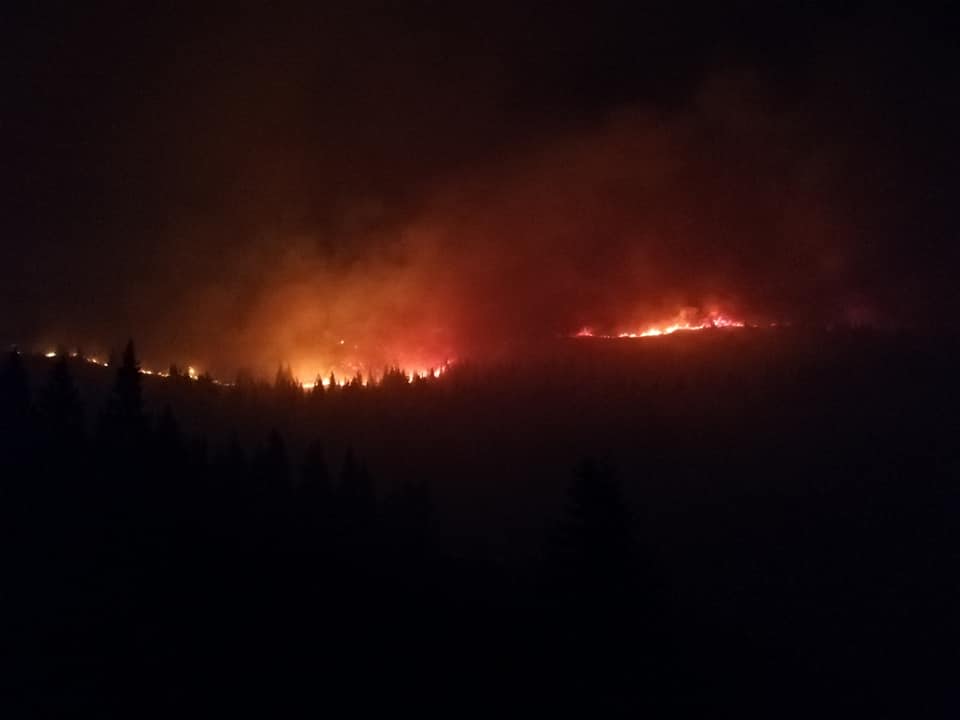 “Odbranimo reke Stare planine” movement has announced today that a large wildfire that arrived from Bulgaria is burning on that mountain and the situation is very serious. As stated, the fire reportedly engulfed conifers and large part of the mountain is burning. The movement has added that in some parts of the mountain the flames rise up to 50 meters in height. “Juzne vesti” reports that fire broke out in Bulgaria yesterday and spread to the Serbian part of Stara Planina and it is still burning, while fire crews are on site trying to extinguish the fire. Pirot Emergency Headquarters confirmed the same information. Sreten Savov of the Emergency Headquarters, who was on the terrain engulfed with fire during the night, says that fire is currently not jeopardizing houses and population. He has confirmed that fire had started on the Bulgarian side of Stara Planina, and according to him the magnitude of the wildfire was high. The fire is quite large and large forces are needed to battle with the fire. We are waiting for instructions from the Department of Emergency Situations at the Ministry of Interior, Savov says.