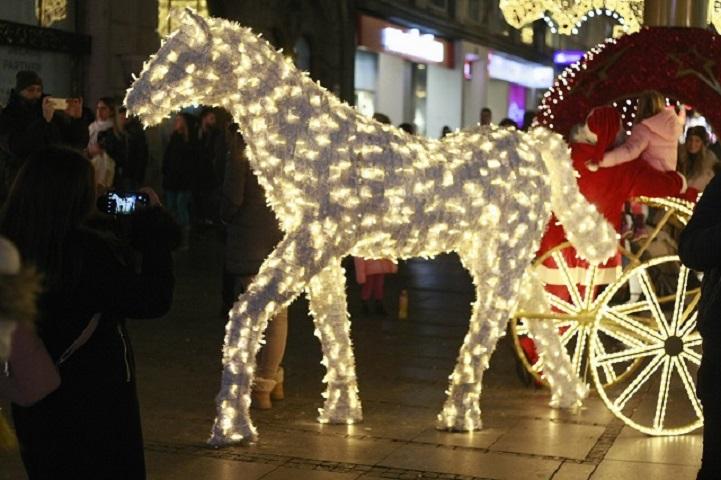 New Year’s lighting in Belgrade, spreading across 122 locations in the city, was switched on, as promised, on Friday afternoon. A total of 2,769 light sculptures, 198 light curtains and 3,500 light decorations were installed across the capital. The Deputy Mayor of Belgrade, Goran Vesic has previously announced that the lighting will be on for three months – until February 15th, the Statehood Day of the Republic of Serbia. He has also said that “Christmas trees and large compositions such as the Entrance Gate and labyrinths will be installed by December 1st“, and that this year a traditional ice rink will be located on the new and reconstructed Republic Square instead of the Nikola Pasic Square.