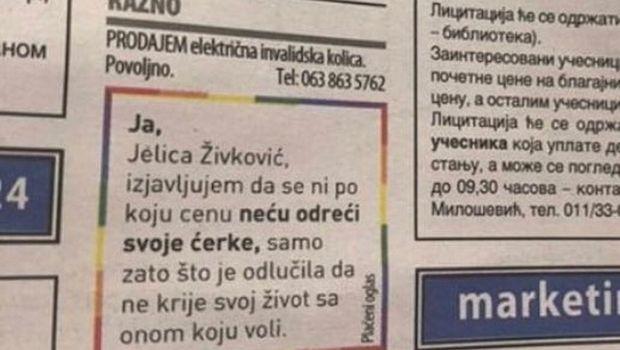 A very unusual small ad has emerged in today’s issue of the “Danas” daily newspaper. Jelica Zivkovic has publically declared herself as protector of her daughter in this ad, regardless of her sexual orientation. “I, Jelica Zivkovic, hereby state that I will not renounce my daughter at any cost, only because she has decided not to hide her life with a person whom she loves,” quotes the advertisement. The ad is framed in colours of the rainbow.