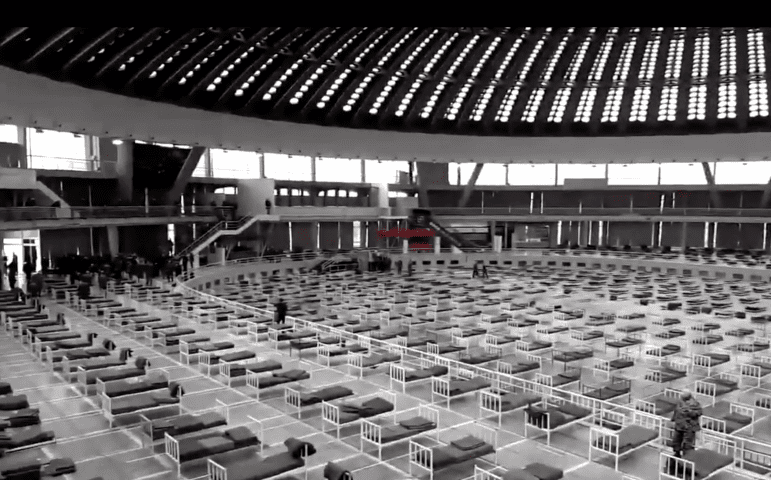 In the largest hall of the Belgrade Fair, the army is currently setting up 3,000 beds after a change in the strategy for testing citizens for the coronavirus was announced yesterday. The Serbian President Aleksandar Vucic said last night that Serbia would accept advices of Chinese experts and completely change its approach in the battle against the coronavirus, and begin mass testing. Due to the increase in the number of infected people, it was decided to set up improvised hospitals all over Serbia that could accommodate large number of patients, those with mild symptoms, who otherwise were in home isolation. They would thus be completely isolated from the rest of the population. As President Vucic announced, the Belgrade Fair and “Studentski grad” in the capital, “Spens” in Novi Sad, “Cair” in Nis and more were designated for this purpose. As a reminder, Vucic said that moderately severe patients will be treated in hospitals that are equipped non-invasive respirators, and the most severe cases will be on invasive respirators.