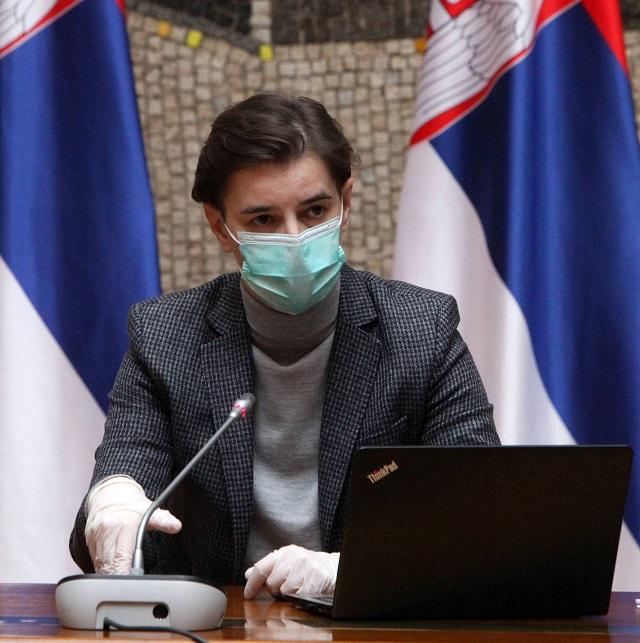 The Serbian Prime Minister, Ana Brnabic announced last night on “Pink” TV station that we would start a new therapy when it comes to battle against coronavirus in ten days. “We know how we will fight for the survival of the economy. There is a crisis headquarters led by President Vucic, and on the other hand there is also a healthcare crisis headquarters led by me, and we already stated thinking what to do next. The next thing we are going to do is plasma therapies, i.e. we take blood from people who have been healed, they have these antibodies, and we transfuse them to the diseased people. We will start with this in ten days, since the 21st day has passed since the first one was cured,” Brnabic said, adding that Serbia will start production of tests for mass antibody testing and that resistance of the population is familiar. “We will set up the Plasma Bank, in order to meet fall or winter or any other epidemic attack more prepared,” Brnabic said. The Prime Minister evaluated it is a great success that our health system is still on its feet. “This is no coincidence, this is the result of numerous preparations. The reason we have this situation under control is the result of various restrictive measures, as we were among the first countries to introduce them. Aleksandar Vucic organized the first crisis headquarters two weeks before we registered the first infected patient,” the Prime Minister stated at “Pink”.