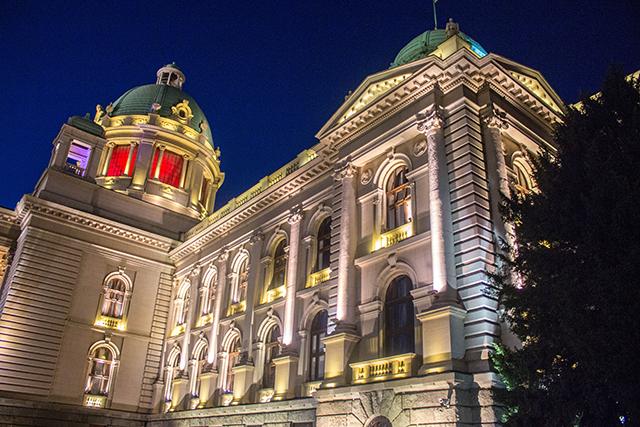 The budget proposal foresees budget revenues of RSD 1,314.5 billion and expenditures of RSD 1,334.7 billion, thus the deficit will be RSD 20.2 billion, i.e. 0.3 percent of gross domestic product (GDP). In the initial debate, proponents said the budget was developmental and planned to raise citizens’ standard of living, while the opposition criticized the proposal, saying the budget was pre-electoral and unrealistic. The Serbian government planned a budget based on an estimate that GDP growth will be four percent next year, while inflation will be two percent. Government debt to GDP ratio is expected to fall to 51.4 percent. The budget will increase expenditure on salaries and pensions by around 1.3 percent of GDP. RSD 295.4 billion will be set aside for salaries of civil servants, which will be higher by eight to 15 percent when compared to this year. Pensions are projected at RSD 581.2 billion and they will be higher by 5.4 percent. The Government has proposed that RSD 198.9 billion is set aside for capital investments, mostly for transport and railway infrastructure. RSD 59.4 billion is set aside for the improvement of “environmental protection infrastructure”, while in 2019, RSD 23.7 billion was set aside for this purpose. RSD 95.3 billion is planned for subsidies, of which RSD 9.3 billion for investors’ incentives. The Serbian government has planned to unburden the economy from taxes and contributions i.e. from 62 to 61 percent, thus budget revenues in 2020 will be reduced by RSD 13.1 billion.