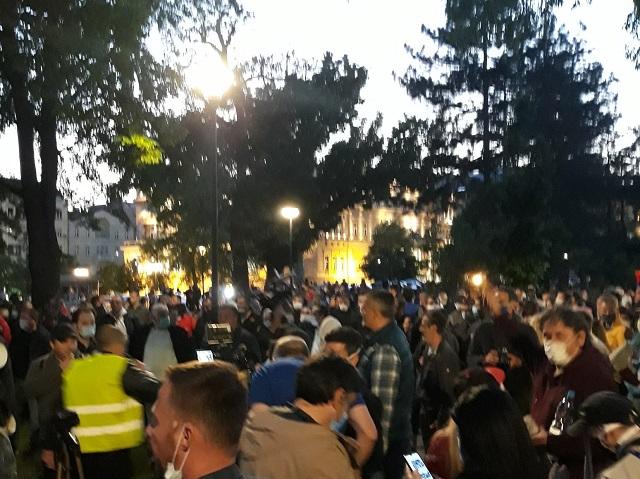 A protest organized by the Civil Resistance was held tonight in front of the building of the Serbian Presidency. “Our freedom and hard-won democratic values ​​of our society are no longer the only things that are endangered. Now our lives are endangered as well, disaster has entered our home and become an integral part of life in Serbia,” announced the Civil Resistance and called for daily protests. At 8 pm, those present applauded the healthcare workers, and after that, at 8:05 pm, the noise started – those gathered hit pans and blew whistles. According to Belgrade media, the security set up a metal fence around the building at Andricev venac, and several protesters at one point jumped over the fence, thus creating a crowd in front of the stairs at the entrance. The protesters were stopped by a security cordon there. Civic Resistance is an informal organization that took over the protests on Saturdays, after the “1 in 5 million” movement gave up on them.