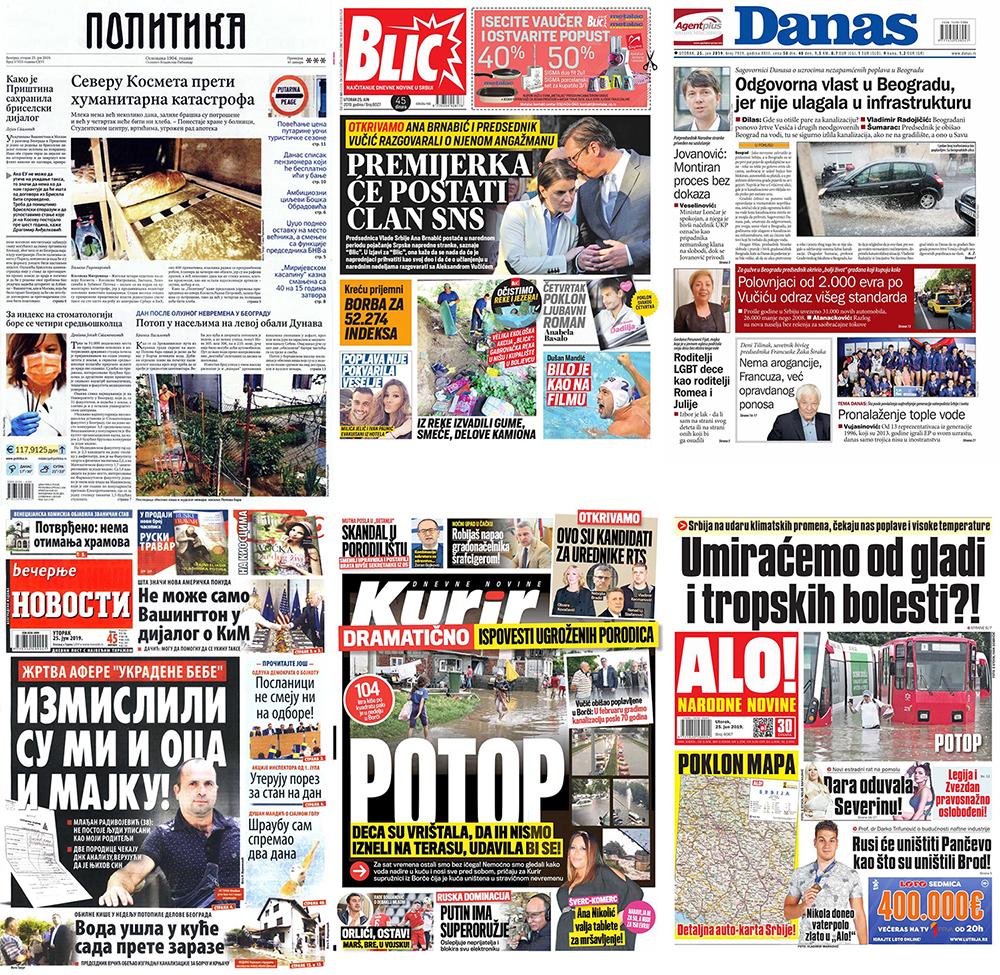 Whether it is because of the visit by the Serbian President to the left bank of the Danube River, or “suggestions” that have appeared in some media, yet today’s issues of the Serbian press have dedicated their attention to consequences of thunderstorm in Serbia on their front pages, especially in urban areas Borca, Ovca, Krnjaca, Kotez and others. While the “Politika” daily newspaper traditionally reports with the headline “Deluge in urban areas on the left bank of the Danube River”, the “Vecernje novosti” daily newspaper writes about the visit of the President and announce: “Water has entered homes, threat of contagion”. The “Danas” daily newspaper headlines a text dubbed “Authorities in Belgrade are responsible, as they did not invest in infrastructure”, while the “Kurir” daily newspaper deals with the fate of endangered families in the above mentioned urban areas. The most original front pages related to these events are published by the “Blic” and “Alo!” daily newspapers. The “Blic” daily headlines a story about deluge that “spoiled celebration” of wedding of a famous couple, while the “Alo!” daily newspaper, as usual, made an “epochal” announcement “We will die from hunger and tropical diseases?!” Question mark at the end of this announcement is, of course, mandatory.