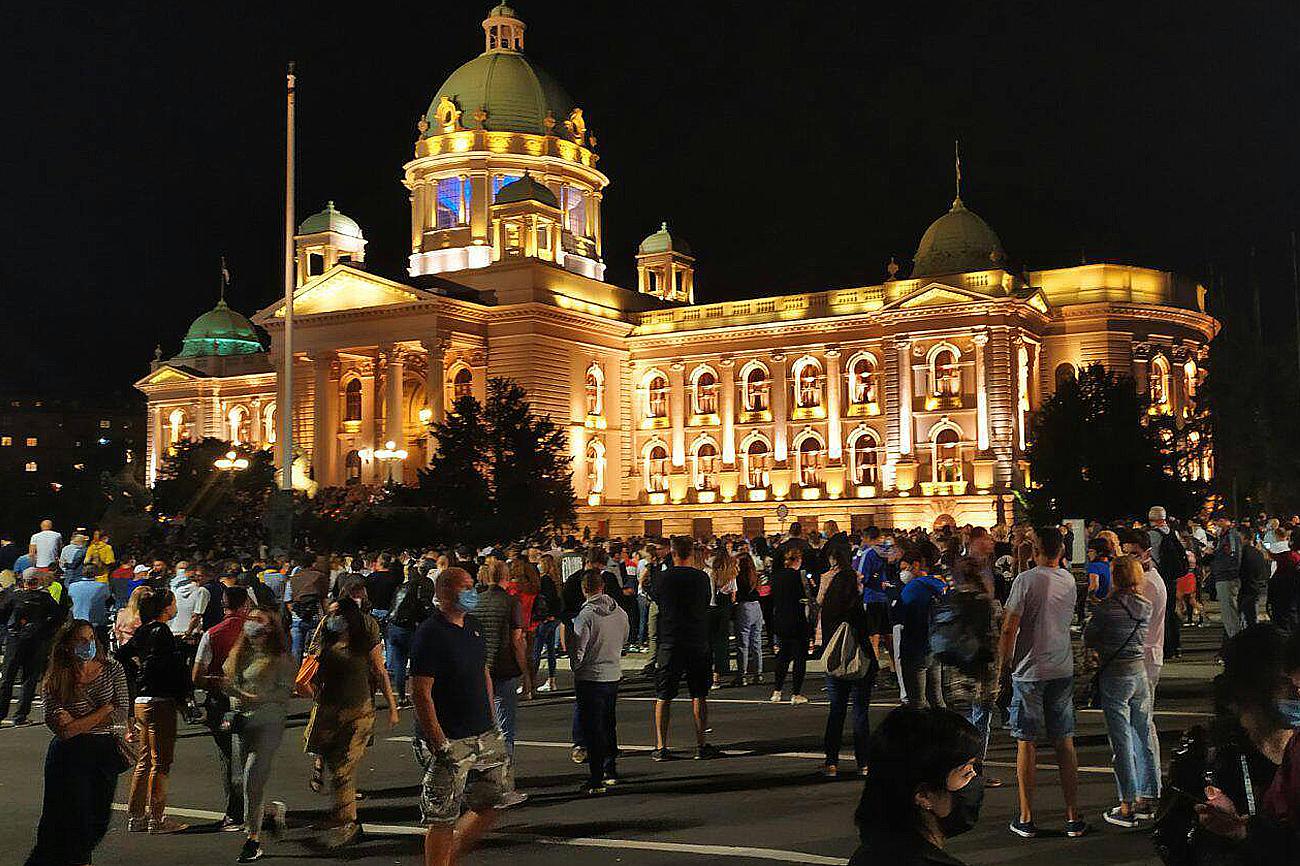 Several thousand people, dissatisfied with the decision on the reintroduction of curfew due to the fight against the coronavirus, gathered in protest in front of the Serbian Parliament, and one group forcibly entered the building, from where it was pushed by the police after 15 minutes. Citizens who gathered in front of the Parliament broke through the door of the Parliament and entered the building. Protesters entered the parliament hall. There were members of the Gendarmerie. The citizens were then expelled from the Parliament building. The breaking through the door was preceded by the breaking of protective fences and the lighting of torches. Protesters tore down a security door in an attempt to break through a police cordon. After about 15 minutes, the police managed to push them out of the Parliament, and the gathered citizens threw stones, bottles and cans at the security forces at the steps of the Parliament. During a new attempt to break through the cordon, the police threw tear gas. “Tonight, this city is choosing its Crisis Staff – Delic, Radovanovic and Panic, they are the only ones we can trust,” said one citizen using a megaphone. Several hundred citizens blocked the intersection of Bulevar Kralja Aleksandra and


Takovska streets near the building of the Parliament of Serbia.