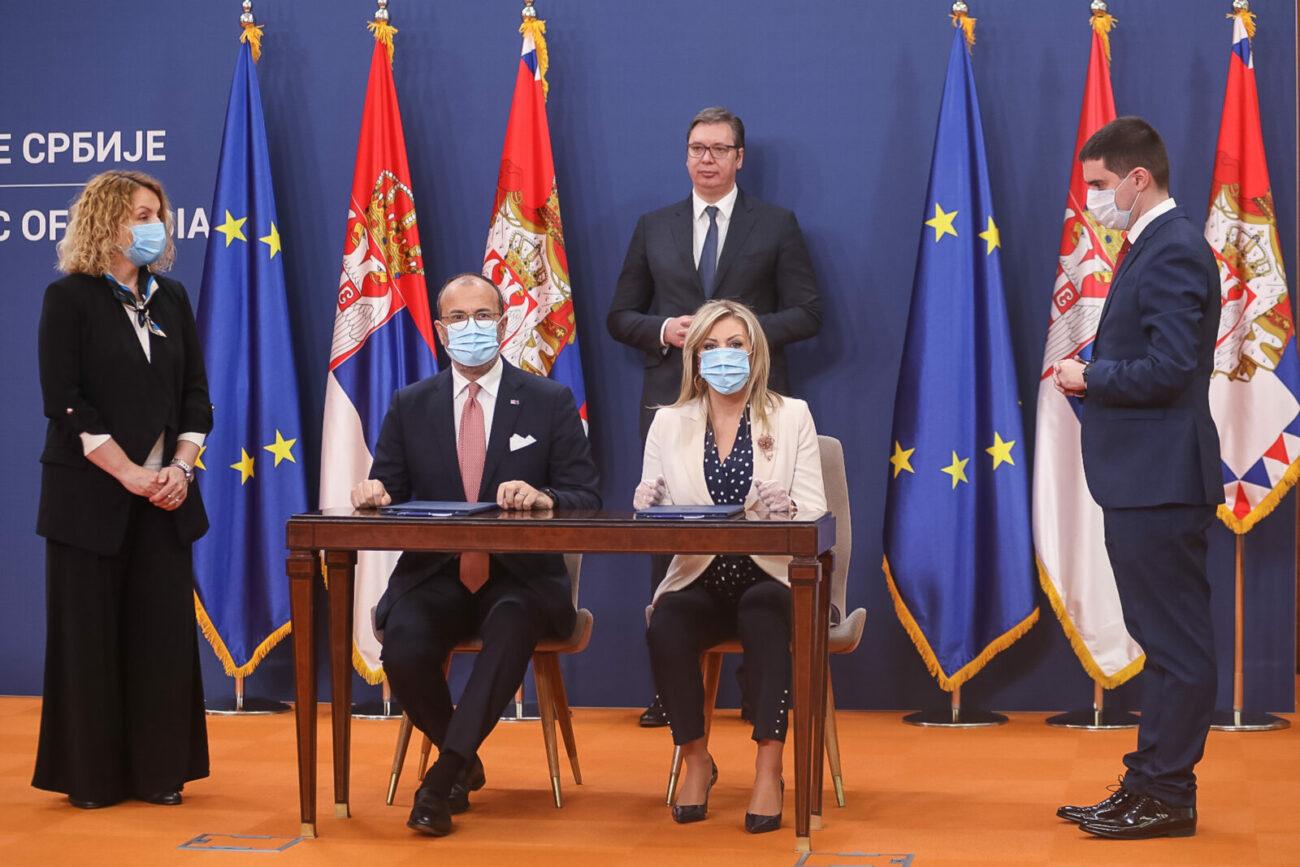 Serbia and the European Union (EU) signed an agreement according to which Serbia received 70.2 million euros in grants from the pre-accession (IPA) funds for the first half of 2020. This agreement was signed by the Head of the EU Delegation to Serbia, Ambassador Sem Fabrizi, and the Minister for European Integration and the National IPA Coordinator, Jadranka Joksimovic. The President of Serbia, Aleksandar Vucic, attended the signing ceremony, and the event was followed by the European Commissioner for Neighbourhood and Enlargement, Oliver Varhelyi, via a video link.