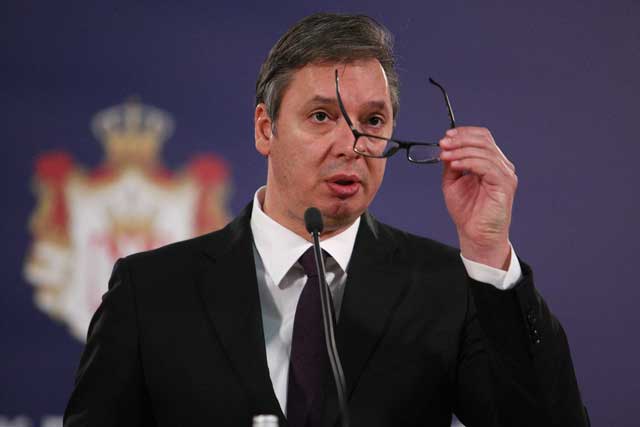 Serbian President Aleksandar Vucic has announced a new big factory in Serbia, higher salaries for the employees who receive salaries from the budget, but he also pointed out that the private sector will have to raise salaries for workers. “I expect an average salary to exceed 500 euros. It is not a high salary, but it exceeds the previous salary that amounted to 329 euros. Serbia is in a good situation. Especially economically,” he said, reiterating that salaries would be increased for nurses, doctors, police officers. Vucic also announced that a section of the highway on Corridor 11, Obrenovac-Cacak, would be opened in a a few days, “after a 75-year-long dream”. “That is what I am proud of…We are starting a new 10 billion investment cycle that will bring new growth and even higher salaries and we have managed to do this owing to difficult reforms and disciplined work,” he said. In the new investment cycle, he said, the focus will also be on the youth. “We have taken Serbia out of the crisis and this will be recorded in textbooks,” the president said. As he said, Pancevo has a bright future. “In addition to ZTF, there will be another big factory. The other factory will be built in another town,” Vucic said. He added that the private sector would have to increase salaries to workers. “We will have to lower the so-called labor taxes,” said Vucic.