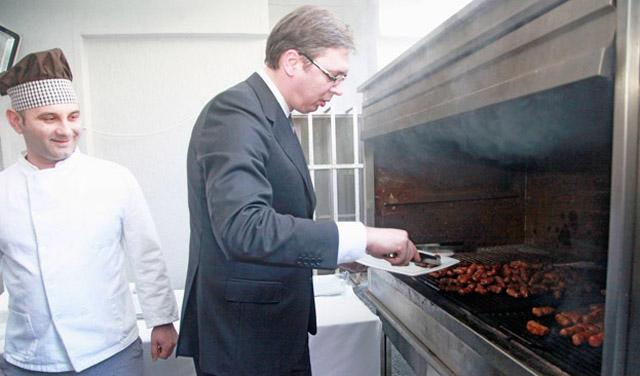 Serbian President Aleksandar Vucic has the lowest salary among his counterparts in the region, the Danas daily reports. The leader in terms of salary is President of Slovenia, Borut Pahor.


The monthly salary of the president of Slovenia, as stated in his property card, amounts to EUR 3,322. On the other hand, his Serbian counterpart, Aleksandar Vucic, monthly earns three times less.

For performing the duties of the head of state, Vuci monthly earns EUR 1,083, which is the lowest presidential salary in the region.


The monthly salary of Croatian President Kolinda Grabar Kitarovic, as well as the members of the Presidency of Bosnia and Herzegovina exceeds EUR 3,000, reports Pobjeda, as cited by RTCG.