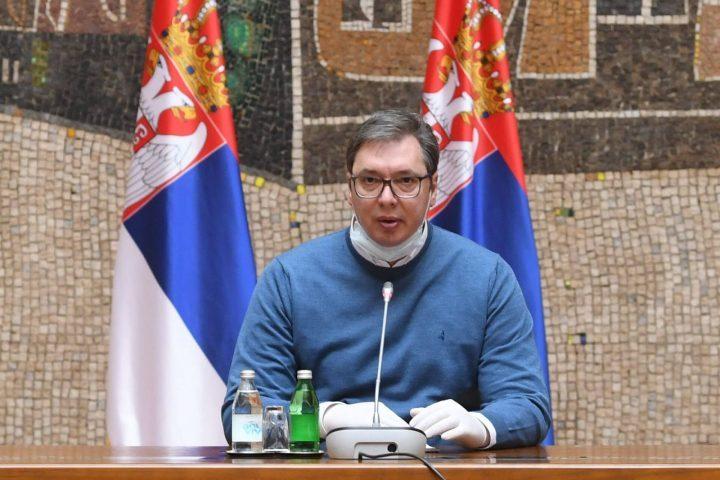 President of Serbia, Aleksandar Vucic, has stated that “this is a small concern today in relation to what is ahead of us”, i.e. that we must avoid the collision of influenza and coronavirus, whose most severe wave we can expect, according to the President, around November 1. That is why, says the president, more than 2 million people will have to be vaccinated against the flu. “We will have to procure vaccines. We have agreed that the vaccine will have to be administered to all health workers, the army, the police, all civil servants who work at help desks, children from the age 3 to 12, most of the pensioners and all chronically ill people. To avoid that kind of the perfect storm and the worst possible pressure that would end our entire system, which would cause a disaster, and that would be the collision of the flu and the coronavirus. “We expect the heaviest wave of the coronavirus around November 1, before that we expect the flu, and we must avoid that at all costs,” says the president. Vucic has announced the construction of two large covid hospitals, but also the purchase of at least 10 modular hospitals. “One will be on the Batajnica road between Zemun and Batajnica, three military buildings will be demolished and a new modern hospital with 800 and 1,000 beds of semi-intensive and intensive care will be built. The second hospital will be in Krusevac, which will be somewhat smaller and will receive patients from the southern and central part of Central Serbia, while Belgrade will receive the northern part of Sumadija, Macva and the southern part of Vojvodina. We will organize the purchase of at least 10 modular hospitals that we will be able to move from place to place,” says President Vucic.