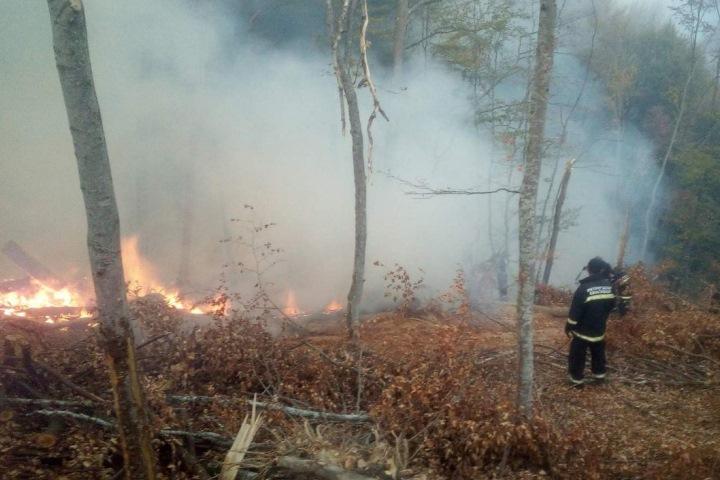 There are still fires raging in the inaccessible parts of Stara Planina, as well as in Trgoviste, Vranje, Prokuplje and Bosilegrad, on the border between Serbia and Bulgaria. The forest is on fire in two places near Trgoviste, i.e. Crveni grad and Prelesije, as reported by “Juzne vesti”. According to the report, the army arrived with nine trucks at Prolesije, transporting soldiers of the Fourth Ground Brigade from Vranje. The situation concerning the fire that has engulfed Stara Planina is much more favourable than in previous days, and around 200 people, members of the Emergency Sector, Gendarmerie, workers of “Srbijasume” and locals are engaged in its extinguishing, the Ministry of Internal Affairs reports. The wildfire at Stara Planina is currently the largest one in Europe, according to Bulgarian media. The area of ​​around 40,000 hectares is on fire. One third of the fires are in Bulgaria and the rest are in Serbia.