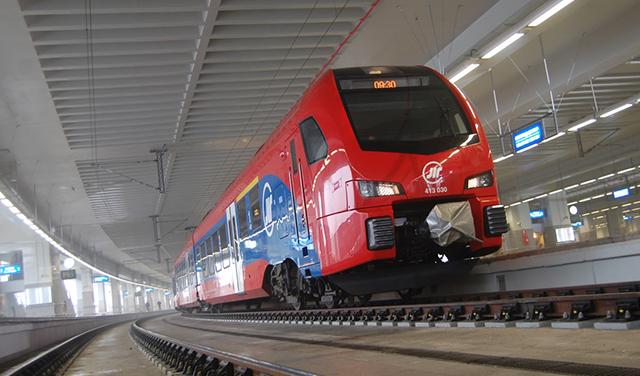 The company “Srbija kargo” signed full-time employment contracts with 95 train operators, including one woman as well, and on that occasion a ceremony was organized in the Administration Building of the railway company.


Minister Zorana Mihajlovic pointed out at the ceremony that this is an important day for Serbia and a proof that state made “the right moves for railway” in the previous period, and that four billion euros have been invested in projects currently underway in that field.

“There is a lot of work ahead, but you are proof that state invests in railway. You will work in new locomotives that are extremely valuable,” Mihajlovic said.


Jelena Zebeljanovic, the only woman among 95 train operators, addressed to attendees in behalf of the newly employed train operators, pointing out that she comes from a family of train operators, and that this is a responsible and demanding vocation towards she has been having affection ever since she was a little girl.


She expressed hope that she and her colleagues will be an example that will inspire other young people to become part of the “Serbian railway family.”


The business program foresees enrolment of additional 70 train operators for training via public competition, who will sign full-time employment contracts in 2019.