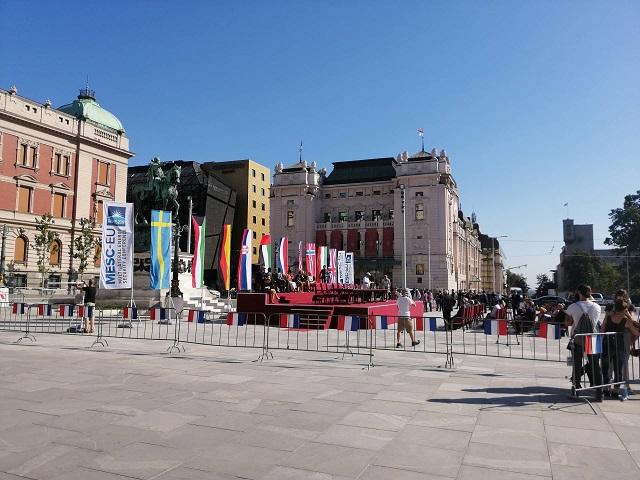 The Deputy Mayor of Belgrade, Goran Vesic has announced that a tourist attraction is being prepared at the Republic Square for the Belgrade Days, which will take place from April 16th to 19th. According to his Facebook profile, after Tokyo, Tel Aviv, Malta, New Delhi, Berne, Brussels and other world capitals, a flower carpet of 1,200 square metres will be laid out in Belgrade, in cooperation with the Belgian organization “Le Tapis de Fleurs”. The designers and landscape architects of the organization “Le Tapis de Fleurs” have developed 3 design models based on Serbian traditional patterns, and only one of them should fit into the construction of the new Republic Square. Citizens will vote on what motif they want to see on the Belgrade flower carpet. All three models are inspired by traditional Serbian motifs and world-renowned Pirot patterns that have been on the preliminary UNESCO list of intangible cultural assets of the Republic of Serbia since 2012.