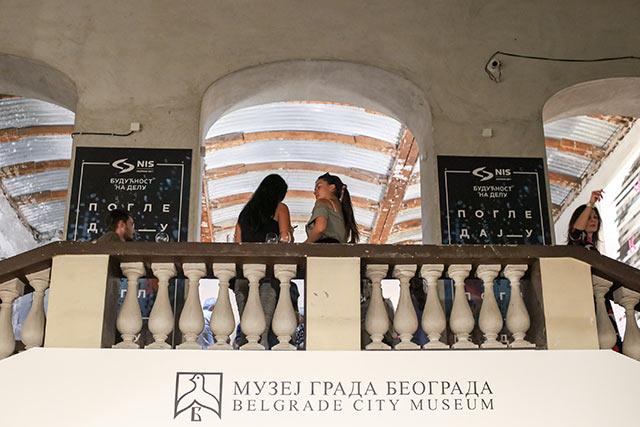 Dubbed “Miracle of Cephalonia”, the 57th “Oktobarski salon”, held under the sponsorship of the company NIS, has enabled all fans of contemporary global art scene to experience diversity in creativity of artists of different generations, origin and sensibility, coming from all parts of the world by October 28th.


As an international event that for almost six decades presents the best artistic achievements on both local and regional art scene, “Oktobarski salon” is also recognized as a place of dialogue between domestic and international artists, so that richness and diversity of global art production is presented to the general public.

Gunnar Kvaran, an Icelander who runs Astrup Fearnley Museum of Modern Art in Oslo and his wife Daniel Kvaran, curators and authorship team of this year’s 57th “Oktobarski salon” in Belgrade, have devised a concept that is based on the idea of global diversity and wealth. The “Miracle of Cephalonia” puts Serbian art scene in the international context, and at the same time it refers to complex cultural and socio-political situation in the region.


The world of contemporary spirit of creativity is depicted in artwork by more than 70 artists, bringing diversity of artistic expression in contemporary times via various visual forms, such as a drawing, painting, sculpture, photography, landscape, video, sound installation, interactive work, performance and many others.