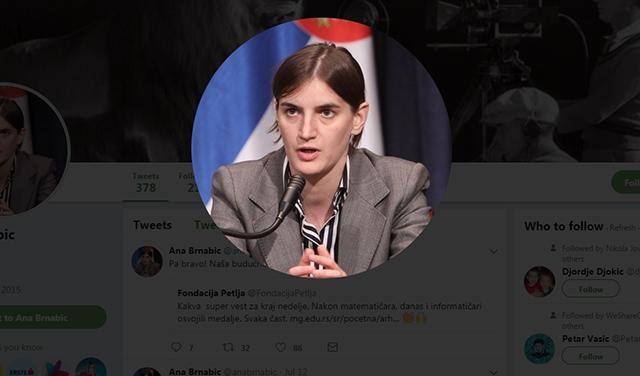 According to survey conducted by “Twitter diplomacy 2018” when it comes to interaction via Twitter, Serbian Prime Minister Ana Brnabic is positioned sixth among all world leaders.

According to statement issued by the Government, “that is Ana Brnabic’s personal twitter profile which she created in 2015, which she manages both privately and as Prime Minister, practically meaning that she personally communicates with users and is being active on daily basis.”


It is also added that in her public speeches Prime Minister often advocates dialogue and a two-way communication, thus this result is actually an illustration how highest state functionaries can directly communicate with others. “Ana Brnabic is famous as someone who advocates digitalization and e-management, and such high ranking among statesmen of the world represents excellent result and confirmation that Brnabic understands new technologies and modern means of communication,” the statement says.