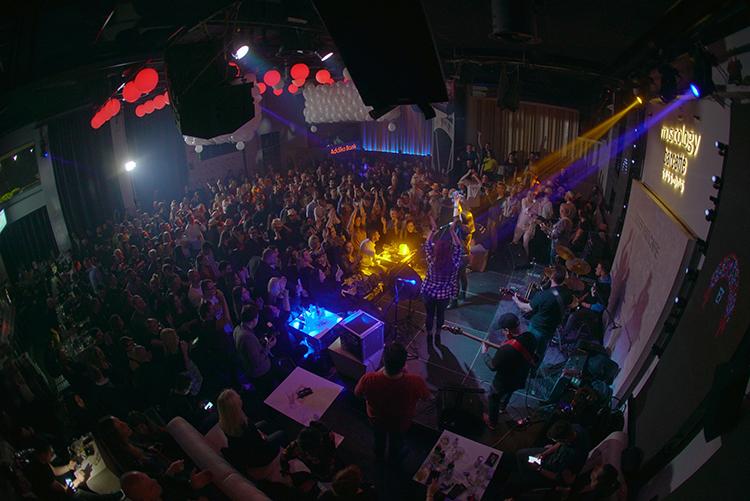 The second “BIZ BANDS” music spectacle, organized by the media company BIZLife, was held at “Bitef Art Cafe” last night, and according to the expert jury the band “Jive” from the company “Telenor” was named “BIZ Band of the Year”. The “MDCS Demo band” from Microsoft won the audience award, based on the votes on BIZLife’s Instagram profile. The expert jury included Natasa Guberinic, musician and presenter at “Play Radio”, Milan “Sevdah Baby” Stankovic, musician, and Misa Relic, owner of “Bitef Art Cafe”, while program was presented by Inspector Blaza. Employees of nine companies had their performance at the crowded “Bitef”: “Microsoft”, “UniCredit”, “Telenor”, “Dijamant”, “Mozzart”, “BB Electronics”, “Zuhlke”, “Transcom” and “Kreativa New Formula”, and like last year, the entire event had humanitarian character, as part of the profit from the battle of bands was intended for the Centre for Protection of Infants, Children and Youth at Zvecanska Street. The BIZ BANDS concert was supported by: “PEPSI”, “ADDIKO BANK”, “KNJAZ MILOS”,”PERNOD RICARD”, “MERCATOR”, “MONDELEZ”, “RED BULL”, etc. We would also like to thank our colleagues from “Radio-televizija Srbije” and “N1” TV station for their coverage of this event.