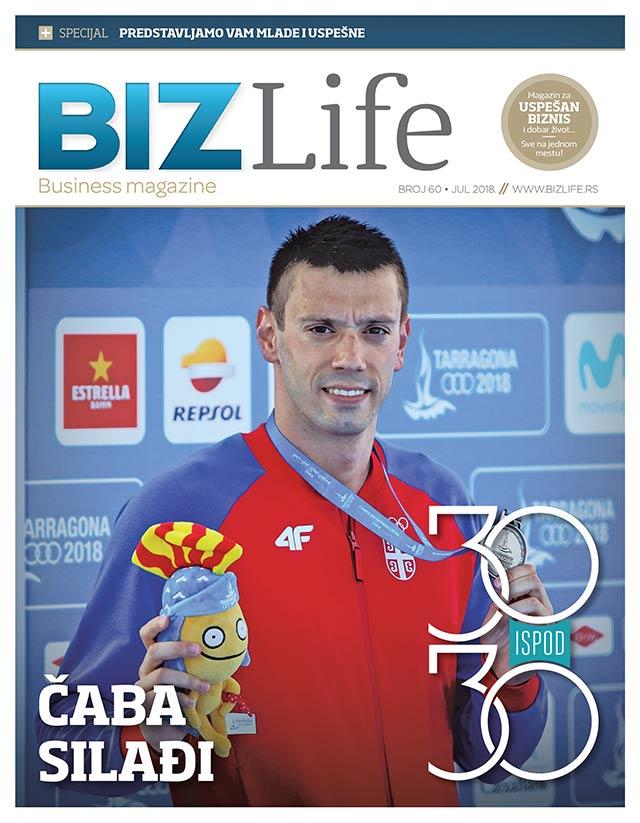 Csaba Szilágyi is a Serbian swimmer, born in Senta in 1990. He finished elementary school in Becej, as well as a grammar school. He graduated from the Department of Biochemical Engineering, Faculty of Technology, University of Novi Sad. He has been swimming since 1997, and he started training in Becej, which was, at the time, the dominant water polo club. After several years of unsuccessfully playing water polo, in search of success, he switched to competitive swimming in 2004. He won the first major medal – a silver medal at the Rio de Janeiro World Junior Championship in 2006 and he thus started his career. At the 2008 World Junior Championship in Monterey, he won a silver medal in the category of 50-metre breaststroke, and a bronze medal in the category of 100 metres. He was a member of the Serbian Olympic Team at the 2008 Olympic Games in Beijing, and he took part in the Mediterranean Games in Pescara in 2009 and the Universiade in Belgrade, where he also won one medal. He also participated in the semi-finals in the category of 50-metre breaststroke, in the 2009 World Championship in Rome and the European Championship in Budapest. At the 2009 European Short Course Swimming Championship in Istanbul, he won a bronze medal in the category of 50-metre breaststroke, which is his first senior medal. He also participated in the Olympic Games 2008, 2012 and 2016. Csaba believes that the engineering university degree and engagement in professional sports are his greatest success.